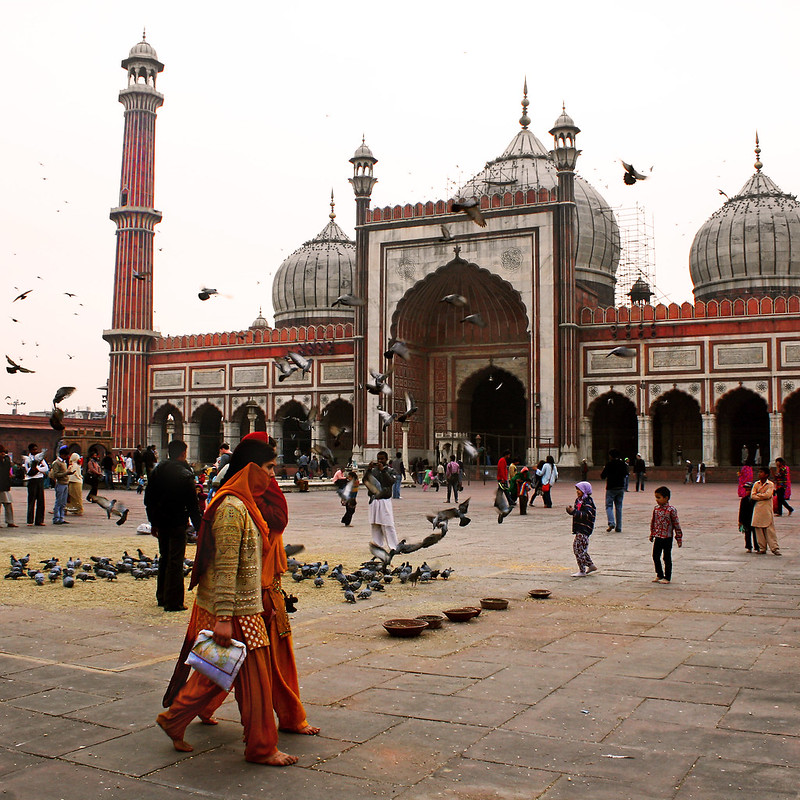 The Masjid-i Jahan-Numa, commonly known as the Jama Masjid of Delhi, is the principal mosque of Old Delhi in India. Commissioned by the Mughal Emperor Shah Jahan, builder of the Taj Mahal,in the year 1650 CE and completed in the year 1656 AD, it is the largest and best-known mosque in India. It lies at the beginning of the Chawri Bazar Road, a very busy central street of Old Delhi.

The later name, Jama Masjid, refers to the weekly Friday noon congregation prayers of Muslims, Jummah, which are usually done in a mosque, the "congregational mosque" or "jami’ masjid". The courtyard of the mosque can hold up to twenty-five thousand worshippers. The mosque also houses several relics in a closet in the north gate, including an antique copy of the Qur’an written on deer skin. – wikipedia