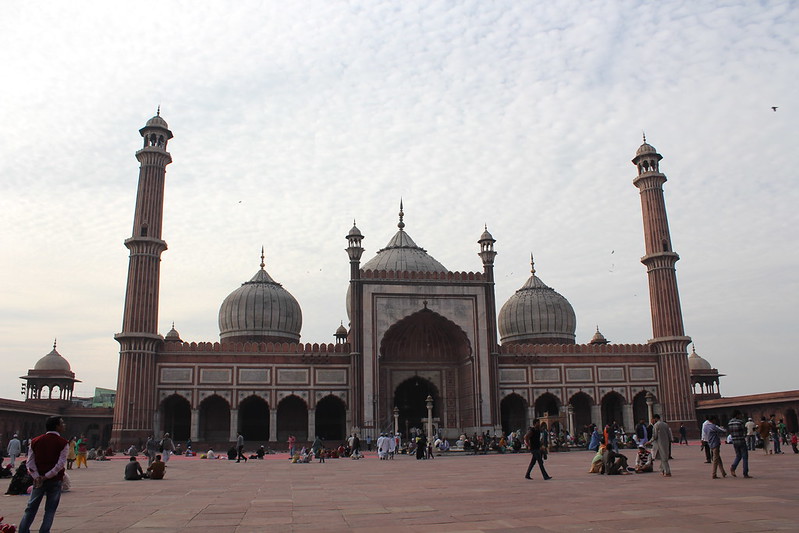 The Masjid-i Jahān-Numā (the ‘World-reflecting Mosque’), commonly known as the Jama Masjid of Delhi, is the principal mosque of Old Delhi in India. Commissioned by the Mughal Emperor Shah Jahan, it is the best-known mosque in India. Construction began in 1650 and was completed in 1656. It lies at the beginning of the Chawri Bazar Road, a very busy central street of Old Delhi. The later name, Jama Masjid, refers to the weekly Friday noon congregation prayers of Muslims, Jummah, which are usually done in a mosque, the "congregational mosque" or "jāma masjid". The courtyard of the mosque can hold up to twenty-five thousand worshippers. The mosque also houses several relics in a closet in the north gate, including an antique copy of the Qur’an written on deer skin.