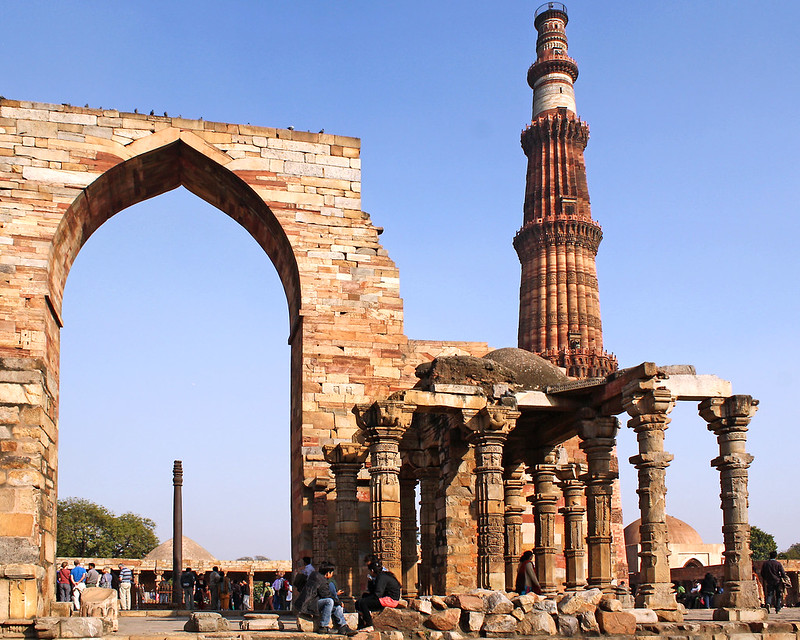 Qutub Minar also Qutb Minar, is a UNESCO World Heritage Site in Delhi, India. The Qutub Minar is constructed with red sandstone and marble, and is the tallest minaret in India, with a height of 72.5 metres (237.8 ft). It contains 379 stairs and the base diameter is 14.3 metres and it narrows to 2.7 metres at the last storey. The Construction was begun by qutub-ud-din Aibak in 1192 and was completed by Iltutmish. It is surrounded by several other ancient and medieval structures and ruins, collectively known as Qutub complex. Tradition assigns the erection of the Pillar to Anang Pal, whose name it bears, with the date 1052 C.E.
Qutab Minar is the nearest station on the Delhi Metro. A picture of the minaret is also featured on the Travel Cards issued by Delhi Metro Rail Corporation. – wikipedia