Pillar and the Minar – Delhi Picture 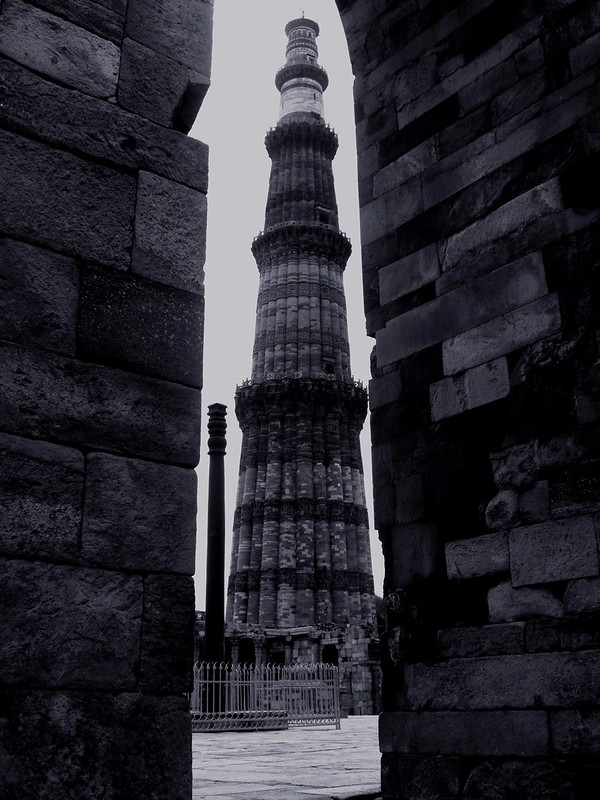 The iron pillar from the Gupta dynasty, dating back to the fourth century AD, stands inside the Quwwatu’l Islam (Might of Islam) Mosque next to the Qutub Minar. The pillar contains a Sanskrit inscription in the Gupta script and has shown only minimal signs of rusting in its 1600 years of existence.

Had a very hard time getting this shot right, as security agencies think a camera tripod could be used to mount a gun. My posture while taking this shot probably made some people think I was practicing some exotic form of yoga. View more photos from the Qutab Minar series.